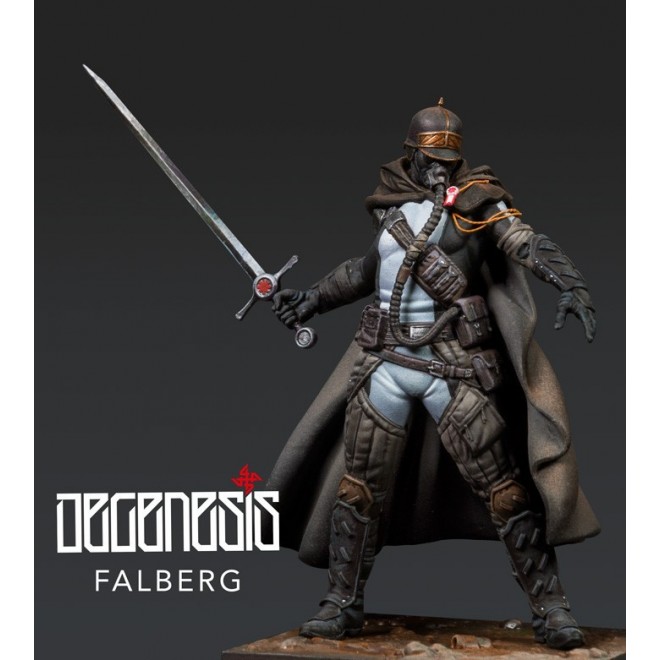 The game is categorized by the designers as "Primal Punk", a description detailing a world in which humanity is at its end and denying its end-of-times struggle for survival.

Within the Degenesis world, earth and human civilization has been ravaged by armed conflicts and damaged by asteroids containing Primers. The Primers force mutations within the human genome, creating a new subspecies of homo sapiens by a process the book describes as Homo Degenesis.

Characters within the universe are shaped by three different ideals: culture, concept and cult. Culture is defined as the home region, the concept as the character's personal background theme and the cult as the player's team or organization. The story universe spans 13 different cults, which are either at war, partnered together or neutral within the current world state. Players choose characters whose attributes and actions are defined by their choice of cult.